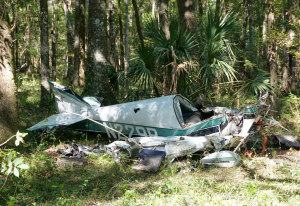 This aircraft vanished in April of 2014 when the pilot, Theodore Weiss was last seen taking off from Dunnellon Airport. He never arrived at his destination in Zephyrhills. Officials searched for the plane for months for in the Withlacoochee State Forest where they thought it had crashed. It wasn’t found until several months later by a hiker in a preserve.

I went to the area actually looking for some other sites to check out when I came across the plane wreckage. As I entered the site I got an overwhelming feeling of sadness and curiosity at the same time. It is also one of the most unfortunate discoveries I’ve had in the wilderness.

I know that at least he passed away doing what he loved to do. I read that he had a big passion for flying these planes and that he seemed to have been a very experienced pilot as well. Which leads me to wonder how he went down? We may never know…

I found this in an article (In an interview Weiss’ friend, Ted Coberly of Zephyrhills, said Weiss was a retired metal worker from around Rochester, N.Y., where he still has family. Coberly, Weiss’ friend, said he had an outgoing personality and that the men shared a passion for experimental aircraft. “He was a real nice guy, competent pilot and everything,” Coberly said. “We were supposed to go flying together (when Weiss went missing). We had a lot in common, same airplane and everything.”)

I left the site as it was and took some photos and videos which you can see below. From everything I have read on this man he seemed like a good person and that he will be missed by many. I made this post to show my respects and and as sort of memorial for him. His memory lives on forever… 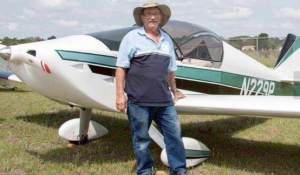 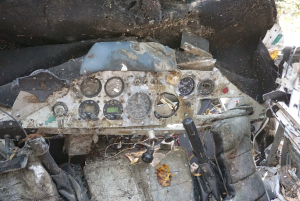