In this area of Polk County many towns sprung up from the phosphate industry. It is also known as “Bone Valley” because of all the fossils that have been found throughout this part of central Florida.

Bone Valley is a window to Florida’s prehistoric past, when massive sharks and whales inhabited the waters, along with land animals like the three-toed horse and giant sloth millions of years ago. Florida’s phosphate rock reserves likely formed when dissolved phosphorous solidified and combined with sea life remains.

Phosphate became and still is a very big industry in Florida. The largest phosphate deposits are found in the Bone Valley in Central Florida.  These deposits formed 10 to 15 million years ago during the late Miocene or Pliocene ages. Florida has an estimated 80 percent of the United States’ phosphate deposits.  In the late 1800s, the state experienced a phosphate rush similar to California’s gold rush.

Phosphate is used for fertilizer, it is also an ingredient in many other everyday products such as soft drinks, food preservatives, household cleaning products, toothpaste and animal feed.

One of the early phosphate towns was known as Brewster, today driving through the area you may never know that it existed as most of it is gone. The tall small stack can still be seen from a distance, it was part of the power plant and was one of the first buildings constructed there. It was largely a company town that was established around 1910 and was closed down in the early 1960’s. The town had its own schools, movie theatre, medical clinic, and post office. A railroad line went through the town as well.

Today the land is owned by The Mosaic Company and where the town once stood is mostly open fields except for the smoke stack and power plant ruins. Relics from the past that still remain as a reminder of history and is just one of the industries that many of the old Florida towns thrived on.

If you visit the area be sure to stop by at the Mulberry Phosphate Museum. 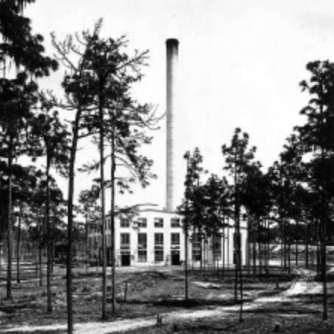 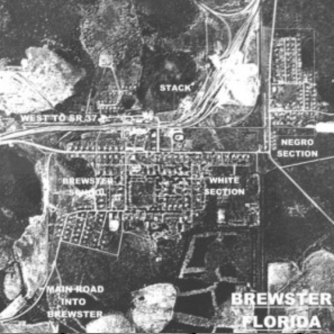 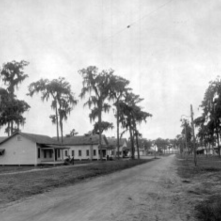 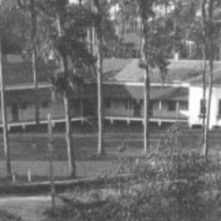 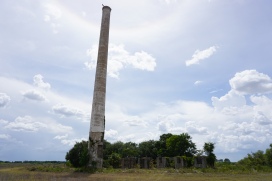 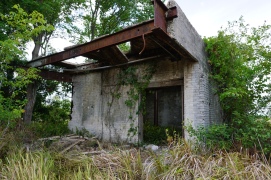 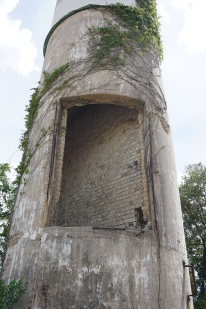 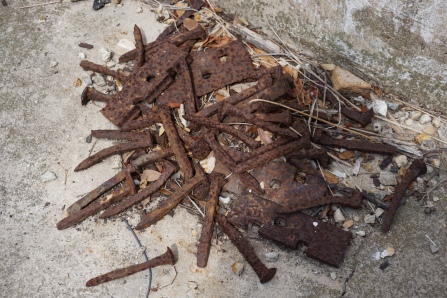 Phosphate and How Florida Was Formed